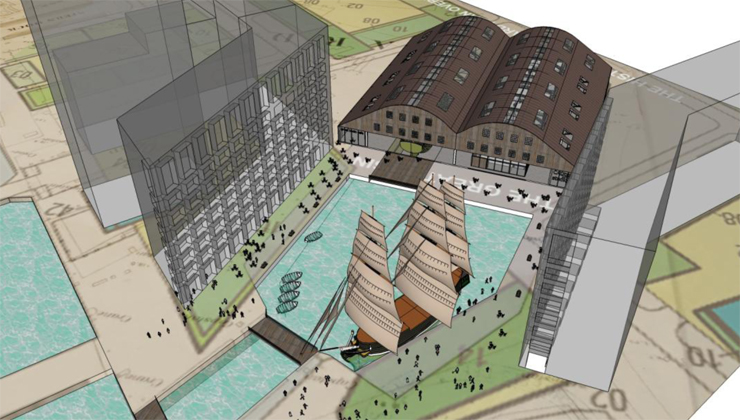 At City Hall yesterday, Boris Johnson gave his consent to the developer to go ahead with their proposal. The good news is that he imposed two extra conditions, one of which was a feasibility study into the possible locations for construction of the Lenox on the site. We are awaiting the official notification of the decision so that we can fully assess the implications and we will keep you updated when we can. Boris concluded the 3-hour hearing with the following statement:

“I am minded therefore to give consent, subject however to agreement of the 106 which must contain two provisions. I’ve been very impressed tonight by the arguments that have been made by the MP Dame Joan and by others who have made a strong case in favour of two schemes that seem to me who have a great deal of merit and are both intrinsically attractive, the idea of the Sayes Court Gardens horticultural venture and The Lenox Project.

“And so with two provisions that must be in the 106 are: that my officials should get together with Lewisham and the developers and to look at this space in Sayes Court Gardens and indeed around the development in general that has been identified to come up with a secure, viable and deliverable project. That’s the first provision. I’ve mentioned SCG haven’t I? I’ve mentioned the existing park …. to look  at the space in the existing park and the wider development to ensure that there is a viable and deliverable project.

“Second condition. I’m delighted that the developers, whom I warmly congratulate on their scheme by the way, I’m delighted that they have agreed to fund a feasibility study into the Lenox project and I would like that one of the provisions that we will include in the 106 is that this feasibility study should be concluded as soon as possible to produce clear options and that there should be an agreement on the part of the developer to contribute to whichever of these options is the most feasible. And with those two provisions in my 106, I therefore give consent to this proposal.”

The hearing is available as a webcast on the GLA website here (Mac users will have to download a QuickTime add-on).