The current proposals consist of 3,514 new homes in a mixed-use development, to include retail and office space, a primary school and a working wharf.

The forty acres of Convoys Wharf dominate the river. Long closed off to the public at large, at first glance it looks like any other brownfield site in need of some urgent and much welcome development. However this is not entirely the case. The dockyard still exists and many of its major features still survive below ground level: the great basin, the mastponds, five slipways and, most importantly, the great double dry-dock where the original Lenox was built.

Above ground there are also survivors: the Master Shipwright’s house and the vast Olympia Shed, both of which are listed structures.

When shoe-horning a new neighbourhood of this density into an existing community, creative thinking is needed to find the best way to integrate the two. The success and longevity of such a development depends to a large extent on a sensitive response to the site and its surroundings – both cultural and physical. To achieve these aims the design needs to be distinctive and engaging: heritage assets hold the key.

The Section 106 Agreement that was negotiated after the developer’s masterplan for Convoy’s Wharf was approved, proposes that the Lenox Project be provided with a substantial area of land and associated infrastructure in the north west corner of the site. 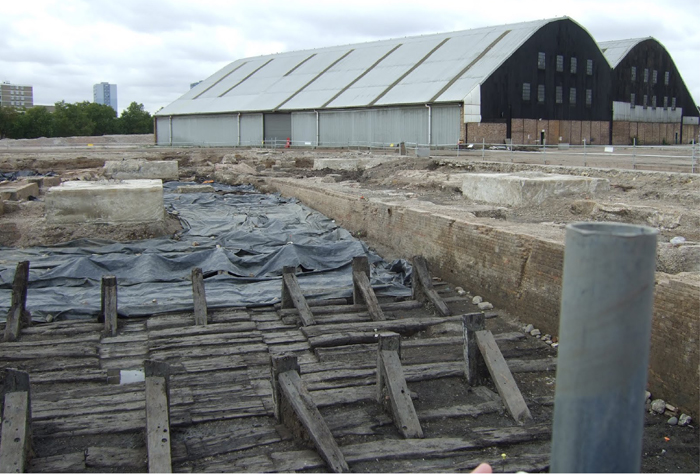