In the past, Deptford prospered from the presence of the dockyard, which provided a highly-skilled workforce and supported associated industries. This prosperity and success was entirely responsible for the fact that Greenwich is a World Heritage site today. By contrast, Deptford has one of the highest levels of unemployment in London. 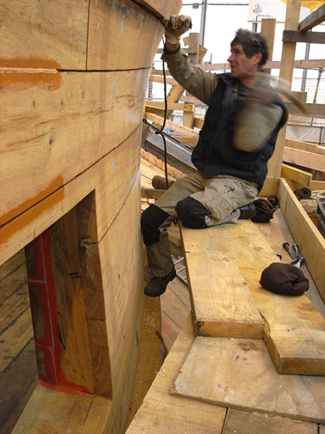 At the moment the historic dockyard at Deptford has no working links with its wonderful history. Building a ship which was a significant part of the dockyard’s past would regenerate the area and help restore the eminence Deptford once enjoyed. It would also help bridge the maritime cultural gap with Greenwich. For a modest entrance fee, visitors would be able to see the ship being built and some of the traditional skills used to build her. They would experience all this in close proximity to structures that were contemporary to her construction, such as the Master Shipwright’s house and other surviving buildings.

The heritage crafts would include sawing with two-handed saws and hewing wood using axes and specialist tools such as the adze. The historical nature of the ship and its construction would be supported by a museum or visitor centre containing seventeenth-century naval artefacts including cannon, navigational instruments, models and paintings. 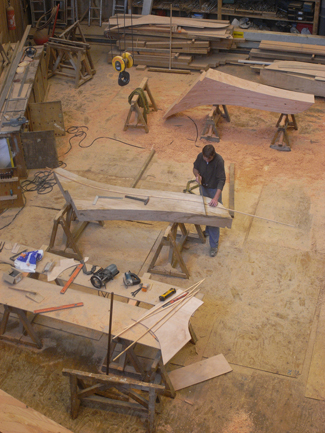 Using a computer-generated 3D model of Lenox, a ten minute guided tour through the ship would be shown on a large screen. Another screen would show the sequence of building enabling visitors to study progress of the ship and the stage they see it during their visit.

A commercial outlet selling booklets, books, models, images and anything else relating to the history of the period would provide additional funding. This would be supported by a theme restaurant replicating the Captain’s great cabin which itself would be an informative artefact. Office space for running the project and instructing trainees in the necessary computer skills would also be required.

As well as creating the 3D images, programmes would also be made for a numerical controlled routing machine that would automatically produce frame pieces, knees and numerous other ship components. The modern machinery and the large quantities of timber would be situated in Deptford but not necessarily next to the ship.

It is estimated that the build process would take eight years, employing ten supervisors and twenty trainees. Once Lenox is completed the facilities could be used to build another ship.