The Anne was the sister ship of the Lenox, and her wreck, which lies off the English coast at Pett Level near Hastings, is owned by the Warship Anne Trust; part of the Nautical Museums Trust that owns the Shipwreck Museum in Hastings.

King Charles II had the Anne built at Chatham by Phineas Pett II and she was launched in 1678. She was also one of the 30 ships programme and was visited by King James II in 1687, before she carried a German princess to Lisbon to be the bride of King Pedro II of Portugal. It is believed that she was named after James II’s daughter Anne who later became Queen.

She was run ashore in July 1690 after being seriously damaged by the French navy in the Battle of Beachy Head, and was ordered to be burnt by her Captain, John Tyrrell to stop her being taken as a French prize. During that battle several Dutch ships were lost, but this was the only English fleet casualty.

Last year some of our team went down to Hastings on a very low tide to help the Shipwreck Museum with some surveys of the ship’s remains. 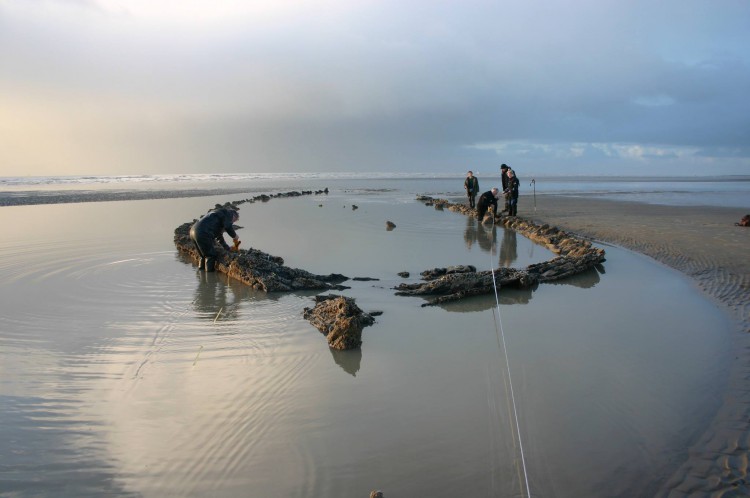 The Shipwreck Museum is hosting a one-day seminar about the Anne on Saturday 4th July at St Clement’s Church in Hastings. As well as a presentation by Lenox expert Richard Endsor, the programme includes David Davies, Ann Coats, Peter Marsden and Robert Stone.

For full details and to book tickets visit the website. 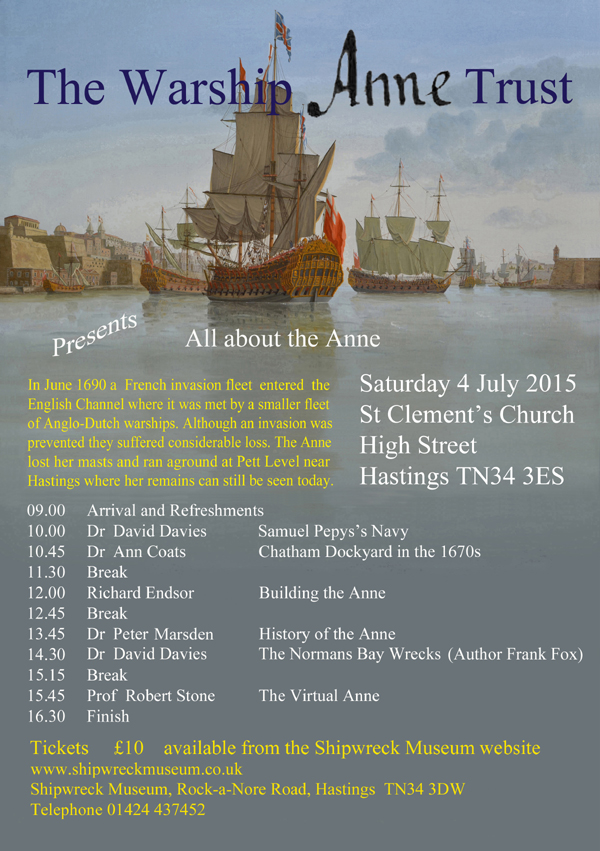