On a very wet August bank holiday Monday, a small number of the Lenox crew visited Dover to board the Swedish replica ship Gotheborg which was moored there for a couple of days on her way to Great Yarmouth. 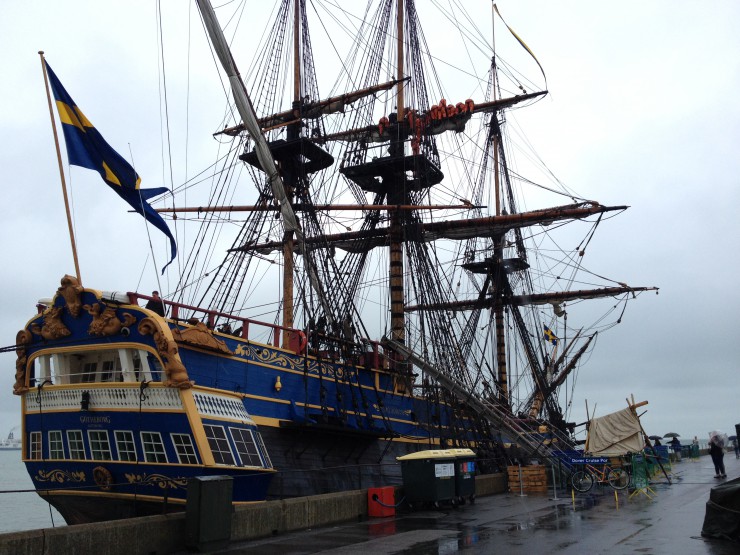 It was fascinating to find out about the 18th century ship which she was modelled on, and how the replica, which was built in 2005, had been adapted to allow her to travel the world and sail into port on all continents. 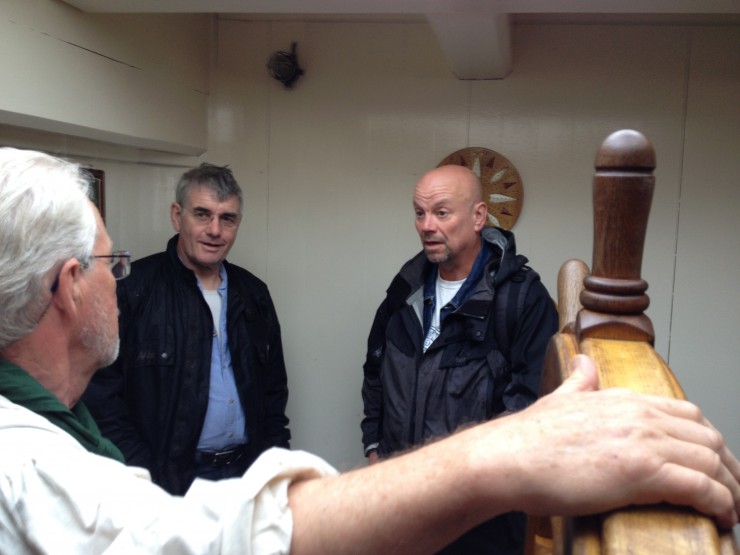 Despite the appalling weather the Gotheborg was still attracting a large number of visitors, and we were able to see the crew being put through their paces on the rigging, and receiving instructions and guidance on the tasks that they would be responsible for during the subsequent voyage. 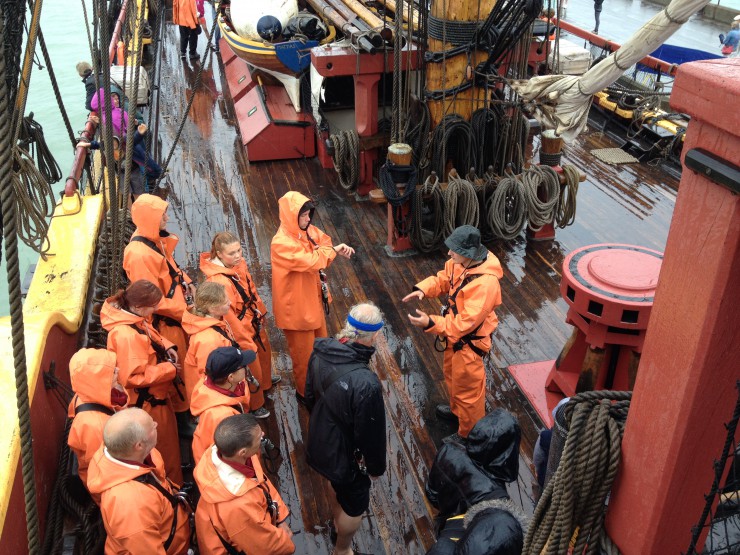 We were lucky to be welcomed by the crew manager Andrea and bosun Woody who gave us a brief explanation of the set-up on the ship and invited us to visit the ship again once she is back in Sweden, so that we can meet some of those who worked on her construction and fund raising.

The Gotheborg left Dover at 4pm, firing a salute from her cannons as she did so. If you are able to make it to Great Yarmouth for the maritime festival this weekend, do take the opportunity to go aboard the Gotheborg, it is certainly worth the effort. 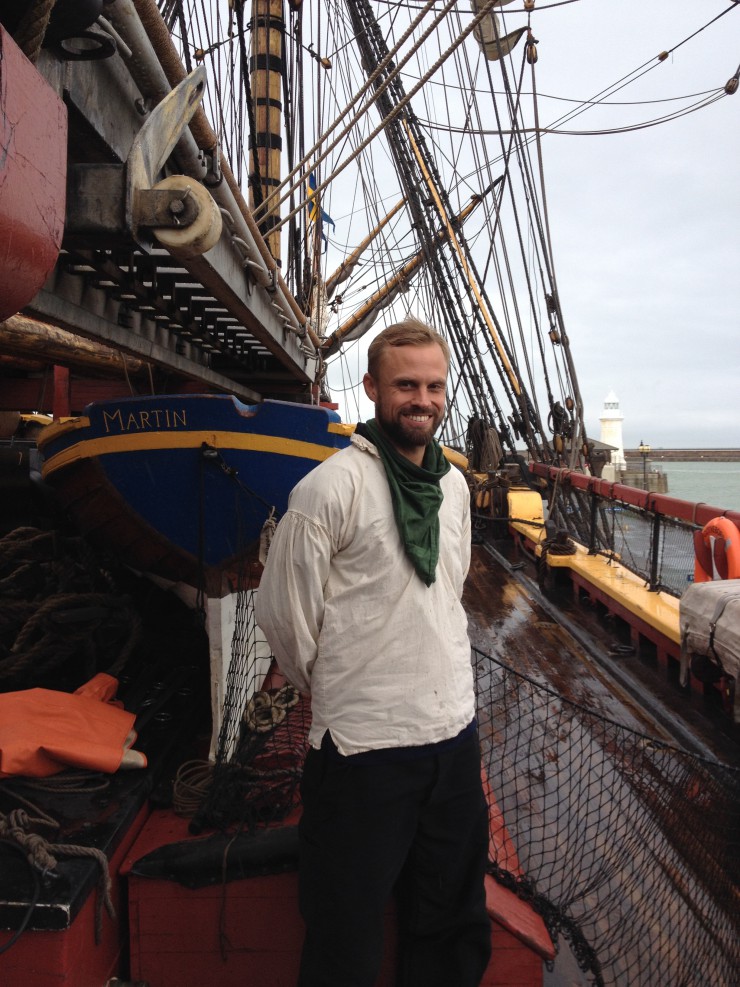