Lenox Project director Julian Kingston welcomed a group of London mayors, consorts and   council officials to the Master Shipwrights House in Deptford, on a visit hosted by Lewisham chair of council Cllr Obajimi Adefiranye this week. 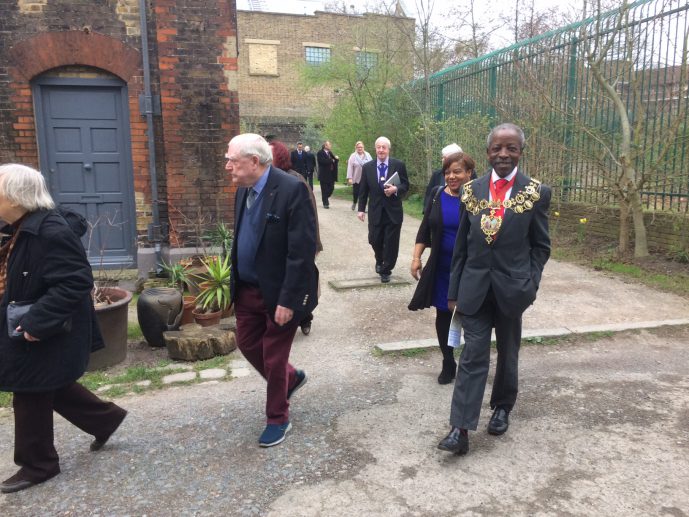 Julian told the visitors about our plans, setting the Lenox in the historical context of the former shipwright’s house on Watergate Street, and the double dry dock where the ship was originally built, and which still remains below the buildings on the site next door. 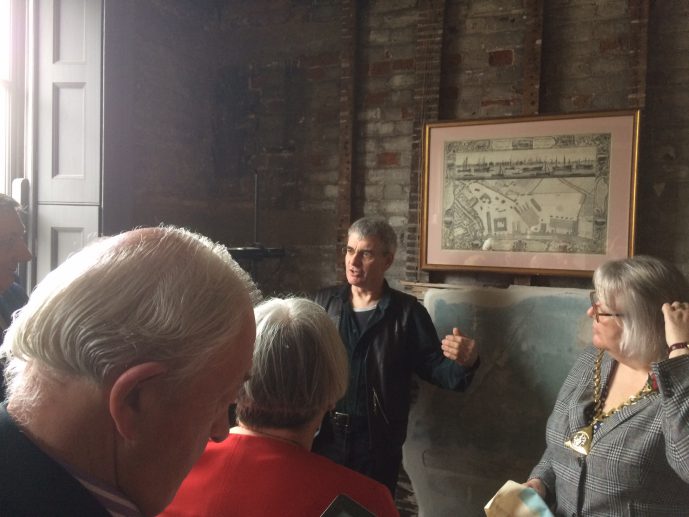 The guests also visited St Nicholas’ Church and the Laban Centre, and ended up at Lewisham & Southwark College where they enjoyed a lunch which was prepared and served by the college’s catering students.