The Mayor of London, Boris Johnson, has rejected a request that the site of the Double Dry Dock be considered as a potential location for construction of the Lenox, as part of the feasibility study that is planned. This study was made a condition of the outline planning permission granted for Convoys Wharf in March.

At the same time, he has granted his planning officers at the GLA a third extension of the deadline for agreeing the Section 106 agreement for the site with developer Hutchison Whampoa. The deadline has now been extended to October 31st.

Convoys Wharf with the Olympia Shed on the left; the site of the Double Dry Dock is to the extreme right of the photograph.

Since the hearing in March, the Lenox Project team has attended a number of meetings with Greater London Authority and Lewisham Council planning officers, as well as representatives of the developer, Hutchison Whampoa, to discuss aspects of the Convoys Wharf section 106 agreement which relate to the project. Until the agreement is signed, the planning approval will not be validated.

The approval included an obligation for the developer to fund a study to determine the most feasible location for the Lenox Project on the site; this obligation also states that the study should be concluded as soon as possible.

However requests by the Lenox Project CIC for the feasibility study to consider the Double Dry Dock site have been rejected by the Mayor. This is potentially the most feasible site for the project and our preferred choice, being the location where the Lenox was originally built. The site has strong associations with the adjacent Master Shipwright’s House, the only above-ground building of the former Royal Dockyard that survives. 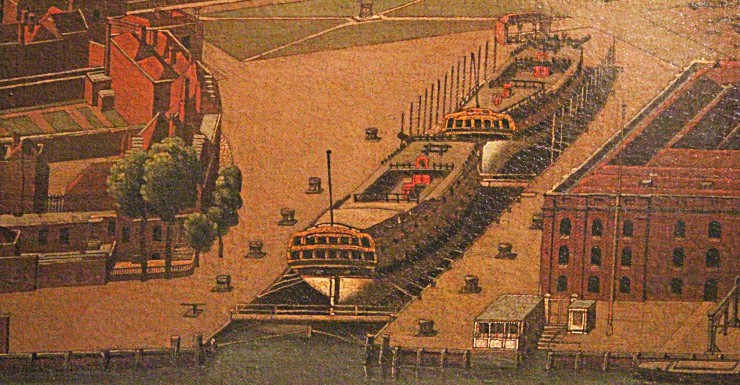 Above: The Double Dry Dock and Master Shipwright’s House: Extract from an aerial view commissioned by the Navy Board (National Maritime Museum)

The Lenox Project questions the validity of a feasibility study that assesses only two locations and ignores what could arguably be the most feasible.

At the hearing in March, the Mayor of London did not stipulate in the planning condition how many sites should be included in the study, only that the study should determine the most feasible site. The developer has argued that only the Safeguarded Wharf and Olympia Shed should be included in the study, and this view is being supported by Greater London Authority planning officers. This position is unchanged from that which the developer was adopting before the mayoral hearing.

However Lewisham Council has consistently advocated including the Double Dry Dock and the council recently wrote to Boris Johnson in support of our request to include it in the study. The Mayor received letters from Lewisham Deptford MP and Lenox Project patron Dame Joan Ruddock, Lewisham Deputy Mayor Alan Smith, a number of other Lewisham councillors and three GLA assembly members, all supporting our request.

In his response, the Mayor of London cited advice from his planning officers that the dock ‘no longer constitutes a functional piece of civil engineering’. This is strongly challenged by the Lenox team on the basis that the majority of the dock was excluded from the investigations carried out by Museum of London Archaeology. The small area which was excavated revealed a substantial stone-built structure in very good condition. 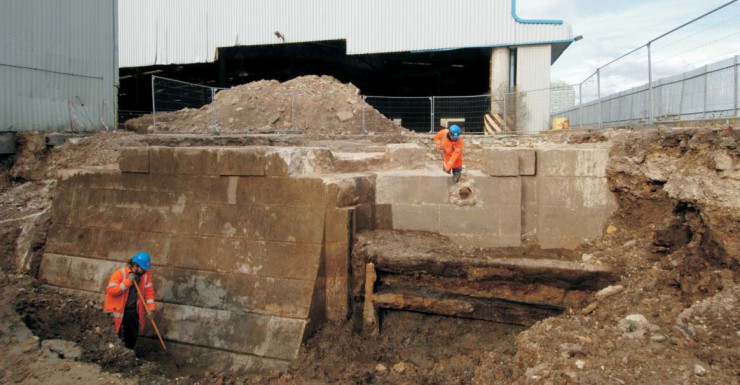 We believe the aim of the study should be to choose the most viable location for the project and not the most convenient one for the developer.

The terms offered by the developer for use of the two sites currently proposed in the study, coupled with their availability in relation to the development construction programme, would delay the start of the project for anything from 8 to 12 years.

This could seriously undermine the project’s viability and it is for this reason that we want the Double Dry Dock to be included. We believe it is the only option that will enable the project to begin at the earliest opportunity.

The Lenox Project team intends to use the additional time offered by the deadline extension to continue lobbying for three sites to be included in the study and for the terms proposed for use of all of the sites to be modified to provide the best chance of success for the project.