Updated February 2016: Subsequent to the completion of the feasibility report, the Lenox Project is happy to acknowledge that Buro Happold conducted the process in a fair and impartial manner. You can read the post about the conclusions of the study here.

Serious concerns have been raised about a potential conflict of interest after the GLA announced its intention to appoint Buro Happold – which has been working for Convoys Wharf site owner Hutchison Whampoa for many years – to the role of independent assessor for the Lenox Project feasibility study.

The main justification the GLA gave for its decision – that the firm was the one most likely to be able to complete the work within the time allowed – has already been undermined by the GLA agreeing to an additional month for ‘information gathering’ ahead of the study period.

What’s more the claim by the GLA that the bidding process was competitive has been brought into question, with some bidders not able to participate because of the short time scale set for preparing the bids, and a time extension granted to two participants only extended to a third bidder after a request from the Lenox Project.

Buro Happold has been involved with the Convoys Wharf site for 14 years, most recently working for Hutchison Whampoa carrying out studies for the environmental impact assessment for the proposed development. The director intended to lead the feasibility study is the same director responsible for work carried out for Hutchison Whampoa. Furthermore, Buro Happold intends to seek advice on the heritage impact from archaeologist Duncan Hawkins of CgMs, another direct employee of the current site owner.

Given that Buro Happold has worked directly for Hutchison Whampoa in the past, and is likely to be employed by them again in the future, we strongly contest the GLA’s assertion that there will be no conflict of interest in BH fulfilling the role of independent assessor for the feasibility study. 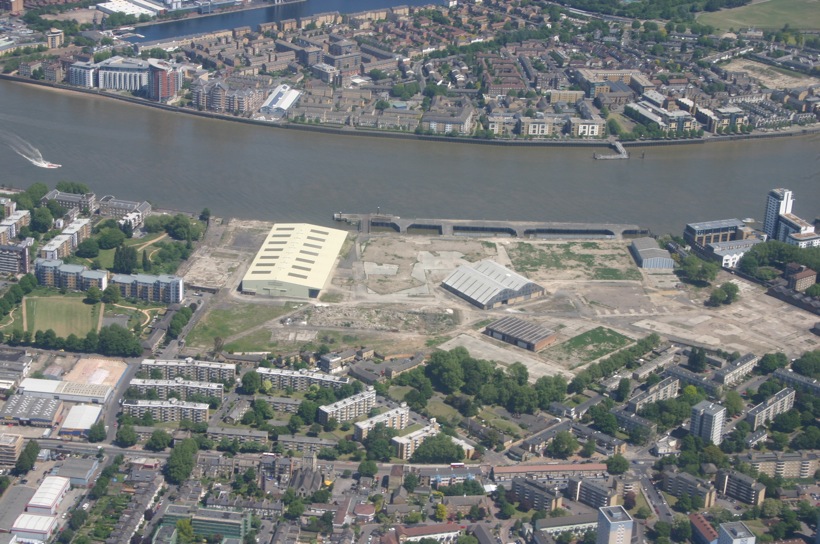 We have also made clear to the GLA our concerns about the way in which the bidding process was managed; the lack of clarity in the management of the process, the timescales, and the basis on which decisions have been made.

The GLA invited 11 companies to pitch for the contract, which involves carrying out an feasibility study into four options on two sites for accommodating the Lenox Project within Convoys Wharf. The GLA has dictated that the feasibility study must be completed within a tight timescale of just two months.

Both the site owner Hutchison Whampoa and the Lenox Project CIC were given the opportunity to put forward two consultants to be invited to pitch. The Lenox Project proposed Witherford Watson Mann Architects and Christopher Garrand Consultancy; Hutchison Whampoa proposed Aecom and Buro Happold. The GLA also issued the invitation to other consultants on its own list (Arup, Capita, WSP, Burns Owen Partnership, The Exhibitions Team, Dr Eric Kentley and Jura Consultants), none of which responded with a bid.

Invitations to pitch were issued on 24th April, with submissions required by close of business on 1st May – just a week later.

Of the 11 companies invited to bid, only two – Aecom and Buro Happold – were able to submit a bid by the deadline. One of the other bidders said that they were not able to submit a bid within such a short pitch time, and that three weeks would have been more reasonable for the work required.

After the deadline had passed, the GLA informed us that it had requested supplementary information from both the bidders, some of which related to potential conflict of interest (a matter that bidders were required to address in their pitch document). They were being allowed an additional two weeks to provide this information.

At the Lenox Project’s request, one of our nominees was allowed the same additional time to submit a bid and managed to do so. The revised deadline for submitting pitches was 22 May – a month after the invitations were issued.

On 9th June we were advised that the bids had been assessed and were supplied with  comments as follows:

Aecom – ranked second
Aecom has presented a generally well-balanced pitch which demonstrates excellent experience in delivering large scale projects of a similar multi-disciplinary nature. Notwithstanding the anticipated need to outsource viability work, the ability to draw on a wide range of specialists in-house would be likely to support timely assessments and good value for money. Furthermore, based on the information available, GLA officers are satisfied that there would be no conflict of interest, and that Aecom could deliver an impartial feasibility study to programme.

Buro Happold – ranked first
Buro has presented a generally well-balanced pitch, demonstrating excellent understanding of the site and sound experience in delivering large scale projects of a similar multi-disciplinary nature. The ability to draw on a wide range of specialists in-house would be likely to support timely assessments and good value for money. Furthermore, the working knowledge of the site that Buro already has is likely to allow for a more detailed and rigorous assessment within the budget and time allowed. Based on the information available, GLA officers are satisfied that there would be no conflict of interest, and that Buro (working also with CgMs) could deliver an impartial feasibility study to programme.

Christopher Garrand Consultancy – ranked third
CGC has presented a generally sound pitch. Whilst the balance of the team is weighted predominantly towards heritage experience/disciplines, the skill set of the identified project team appears to be capable of addressing the key areas of brief (albeit the relationship between project lead and support consultancy appears somewhat ad hoc). The firms forming the project team (CGC, Lathams, Arup and Press & Starkey) have demonstrated their ability to deliver various heritage-led projects individually, as well as a number in affiliation. Whilst GLA officers are satisfied that there would be no conflict of interest, based on the pitch response officers are not certain that the project programme would be adhered to.

Following the announcement of the preferred bidder, the GLA then granted Buro Happold an additional month for ‘information gathering’ ahead of the official start of the study – a move which endorses our claim that the programme for the feasibility study is too short. During the Section 106 negotiations we raised our concerns with the GLA about the proposed timescale, but no revisions were made.

Had this ‘information gathering’ allowance been made clear in the terms of the original bidding document, more bids would undoubtedly have been returned, and the process would have been more competitive. We are also concerned that granting the extra time after the contract has already been awarded makes the process thoroughly unfair to the other bidders.

Our other main concern is the lack of emphasis on heritage expertise and heritage-related placemaking in the winning team. The third-placed team has a strong background in heritage-led projects, as the GLA acknowledged in its assessment of the bids, and yet the value of this is not given sufficient weight. The study is intended to assess the most feasible location for a heritage-led community project, and it is reasonable to suggest that expertise in heritage projects should be the main requirement of the lead firm.

Buro Happold’s bid referred to the restoration of the Cutty Sark – in which the firm was employed as structural engineer – as the sole example of its involvement in a heritage project. This raises serious questions over the firm’s experience in relevant fields.

Their continued employment by Hutchison Whampoa not only risks a conflict of interest, but makes it extremely difficult for Buro Happold to be regarded as independent by outside observers. As a result, the conclusions of the feasibility study would be put under greater scrutiny than would otherwise be necessary; in our view this brings into question the firm’s suitability for the role of independent assessor.