A busy week in which Lenox Project patron Dame Joan Ruddock spoke to Culture Minister Ed Vaizey in the House of Commons, and the Lenox team met with GLA planners to discuss the technical challenges of building the ship in the Olympia Shed. 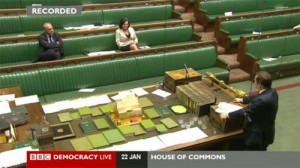 Ms Ruddock secured an ‘adjournment debate’ with the Under Secretary of State for Culture, Communications and Creative Industries on Wednesday, in which she described the history of the Royal Dockyard and introduced the local heritage projects, Lenox and Sayes Court Garden.

Mr Vaizey, who, in order to respond to her request had taken advice from English Heritage, warmly received her presentation. He considered the proposals put forward by Sayes Court Garden “potentially attractive” and “better reflects the historic relationship”. He agreed that English Heritage’s request for the developer to alter their masterplan (remove some residential blocks to give more space to the project) should be noted.

He described the Lenox Project as “exciting”, but asked for some clarification. “Obviously, if the scheme is viable and it is possible to secure a long-term reuse of the listed building, and if the impact on the archaeology and the historic fabric is likely to be minimal, English Heritage could, in principle, support it, but I understand that the developer thinks that it would be impossible to rebuild the basin without destroying the archaeology.”

Ms Ruddock replied, “we understand that it would be able to approve some treatment of the basin that would not be harmful in any way and would meet our purposes.” She invited the Minister to examine the issue in more detail, which he agreed to do.

He then acknowledged Ms Ruddock’s commitment, and also that of the “volunteers and members of the local community who have brought their imagination and passion to bear in supporting the project. We should bear it in mind that they are supporting it not just for the benefit of their own community, but for the benefit for the whole of London and the whole nation.”

He concluded that he was ready to assist Ms Ruddock in any way she considers suitable.

The full transcript is available here.

Meanwhile, the Lenox team has been putting together evidence to demonstrate that the  Olympia Shed is big enough to house the construction of the ship. Plans and technical details have been prepared by the team in response to the developer’s claims that the Lenox is too large and heavy for this location.

It is clear that more extensive archaeology is required to establish the extent and condition of the slipways that remain, along with a full structural survey of the building, but such investigations would be necessary whatever use the building is put to.

Given the strong case for using the shed for its intended purpose, and the overwhelming support for the Lenox Project from the local community, academics, heritage bodies and other interested parties, we believe it would be premature in the extreme to dismiss the idea without exploring it fully. Even if obstacles arise, we know that the will exists to overcome them. 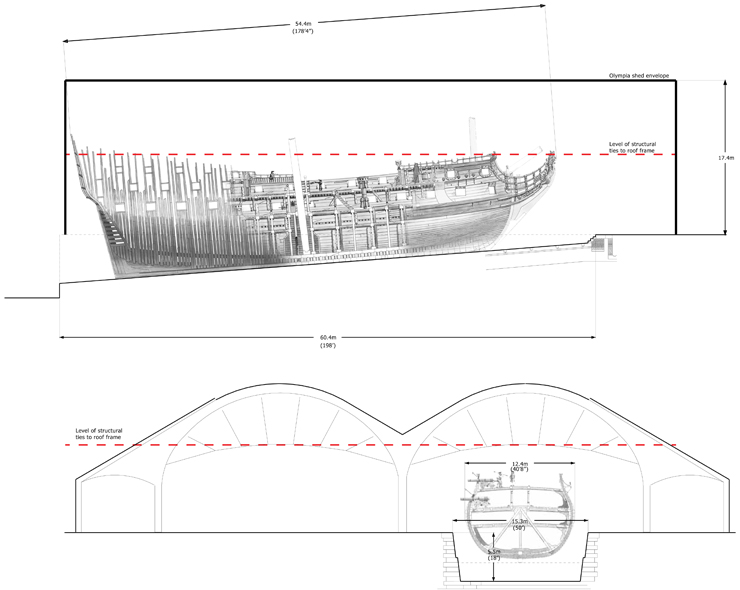